Emf Protection
is for everyone. 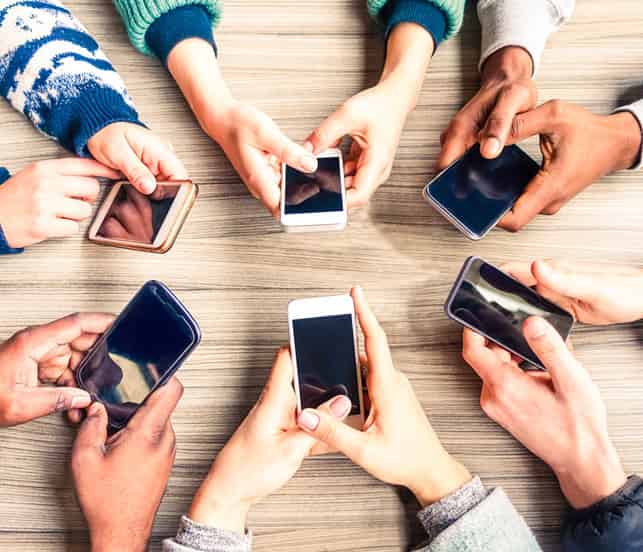 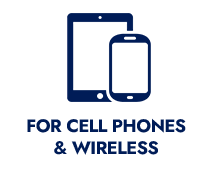 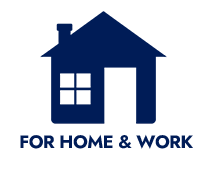 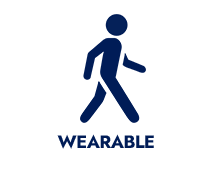 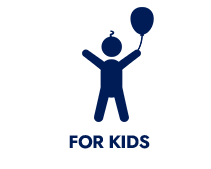 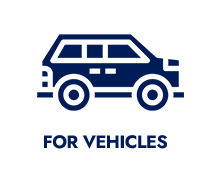 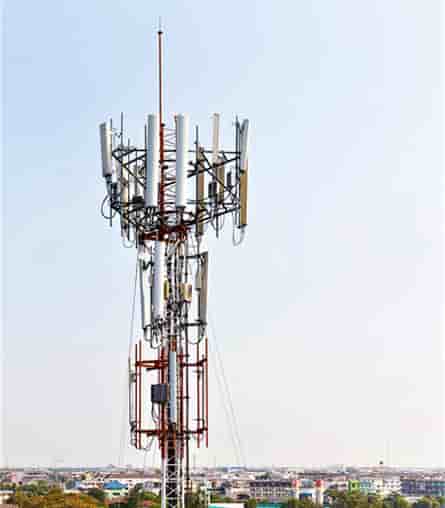 We've been developing our technology for over 30 years, and we look to our outside researchers to help us define and understand its effectiveness.

If you're wondering how our products can benefit you, please check out our research page for the best possible explanation!

Does EMF exposure make you sick?

Electromagnetic sensitivity (Electrosensitivity) is a condition that can be thought of as a type of allergy to man-made frequencies. It affects thousands of people and even causes some to become so sick that they can no longer function normally. The symptoms of Electrosensitivity cover a wide spectrum, and they range in severity, much like other types of known allergies. These symptoms can be subtle, which can make identification of the problem difficult, and they can also be alarming and overpowering, affecting every aspect of daily life. These are some of the most common symptoms that people experience:

EarthCalm offers 5G protection. EarthCalm technology helps the human body maintain health inside an unnatural electromagnetic environment. While we advise against using 5G, there's no way to control the indirect exposure we're all facing. Luckily, our technology has always worked to counterbalance the negative effects of non-ionizing electromagnetic fields. This includes 5G millimeter waves, microwave radiation, and electrical EMFs as well. With  exposure levels higher than ever before, every aspect of daily life should be covered with EMF protection.

Is the microwave radiation that WiFi produces a danger to human health? This question has been up for considerable debate in recent years! One side of science has been assuring the public that the radiation emitted by things like WiFi routers and cell phones is perfectly safe, that since this type of radiation is non-ionizing (which basically means non-heating), that it is harmless and therefore safe to broadcast into any environment indiscriminately. The other side of science, which includes thousands of renowned studies done for decades, by hundreds of highly acclaimed scientists and doctors around the world, has for been showing us that non-ionizing radiation affects the human body on many different levels! These opposing opinions can make this issue feel very confusing, but if you take the time to look at ALL the available science, you will surely find the answer to this looming question: YES, WiFi is bad for us.

Cell phones and wireless devices are a cause for concern.

Cell phones and wireless devices have become a major concern when it comes to health and safety. They emit constant streams of microwave radiation, both from cell and WiFi reception, and yet they are designed to be held right against the head or body for hours at a time. It has been concretely established in the science world that our bodies absorb the radiation that these devices produce, and though it is non-ionizing (or “non-heating”), it is still damaging in many critical ways.

How does microwave radiation affect us?

Although we have known for many years that microwave radiation disrupts human cellular function, there have been ongoing questions when it comes to the exact interaction that takes place. Many of these questions have recently been laid to rest, however, when researcher Dr. Martin Pall, Professor Emeritus of Biochemistry and Medical Sciences, was able to demonstrate the exact mechanism by which microwave radiation causes bio-effects and disease. He determined that frequencies, such as microwave radiation, disrupt the calcium channels and calcium ions within cells. A calcium channel is a molecule that permits or prevents the passage of the calcium ion from the outside to the inside of a cell. When the channel permits the calcium ion into the cell, that ion stimulates the cell’s chemistry to perform such tasks as making proteins, releasing hormones, firing neurons, etc. Virtually every cell in the body uses calcium channels to respond to biological signals. Since calcium ions are electrically charged, both the ions and the channels respond to electromagnetic fields, both natural and man-made. Dr. Pall discovered that man-made frequencies have the ability to open calcium channels, which causes calcium ions to flood into the cell. The ions are therefore unregulated in amount and they begin sending signals that are not appropriately timed. This causes an increased intracellular calcium level, as well as confusion in cellular response, which ultimately damages human health in various ways. Dr. Pall noted that these disturbed biological mechanisms can explain the growing number of “unexplained illnesses” such as sudden cardiac death, weakened immune system, and Fibromyalgia. Likewise, his research has defined how microwave radiation can be associated with things like heart problems, damage to the blood-brain barrier, sleeping problems, cancer, depression, and many other psychiatric and neurological disorders.

Cell towers are not safe.

Cell towers are not safe. Cell towers use high levels of microwave and radio frequencies to transmit information between sources. They are so powerful, in fact, that most can reach distances of over 40 miles! Though this is an amazing feat, these types of frequencies are actually forms of non-ionizing radiation, which have been shown in hundreds of studies to harm human health. Despite this fact, the telecom industry, as well as many governments around the world, continue to maintain that there is no conclusive evidence of health risks when it comes to human exposure to cell tower radiation.

Are smart meters hazardous to your health?

The type of radiation that smart meters emit has been shown to damage human health on many different biological levels. Additionally, thousands of people have been reporting immediate symptoms such as headaches, fatigue, heart palpitations, tinnitus, high blood pressure, and insomnia—all of which can be directly correlated with the installation of smart meters on their homes. These symptoms are also classic signs of the condition referred to as Electrosensitivity, which supports the theory that abrupt exposure to high levels of microwave radiation, like those emitted by smart meters, can actually cause people to become more and more sensitive to sources of EMF and radiation exposure. Exposure to microwave radiation has led to complete life-debilitation for thousands of people.

What are the health risks with power lines?

What are the health risks with power lines? If you’re living near power lines, it’s a good idea to educate yourself about the health risks associated with prolonged exposure to them. Doing your own independent research is important in this process because there are conflicting opinions in the science world about the safety of living by electrical lines. Looking at every angle available will help you to have the fullest view. One critical thing to keep in mind during this process is that one side of science only deems electromagnetic fields (EMFs) hazardous when there is the actual heating of tissue involved. The other side, that strongly advocates for caution on this issue, understands the complexities of the human body and how receptive we all are to outside interference. This side of science has shown that we have reason to be concerned for our health if we live in close proximity to either high or low voltage power lines.

What about dirty electricity?

There are several sources of dirty electricity that are incredibly common. First, the buildings and homes we occupy often have either old or faulty wiring. Shorts, mis-wirings, and erosion can ultimately cause disruptions in the A/C current, creating fields of “dirty electricity”. Many of our modern-day appliances and electronics are major culprits of dirty electricity as well. In order to power properly, most devices have switching power supplies that convert standard alternating current (A/C) to direct current (D/C). This conversion process interrupts the electrical current, causing the emission of erratic EMFs, which ultimately creates many layers of frequency pollution. Additionally, there are certain electrical devices that are designed to operate by interrupting the current flow, such as electrical transformers, compact fluorescent lights, light dimmer switches, and halogen lamps. All of these contribute to transient EMF emissions as well.

EMFs are hazardous for kids!

EMFs are hazardous for kids! Children are of particular concern when it comes to the hazards of man-made electromagnetic fields (EMFs). Numerous studies have shown that kids are more susceptible to the damaging effects of EMF exposure than adults are, which is incredibly worrisome given the unprecedented levels of microwave radiation most are exposed to these days. Cell phones and wireless devices produce this type of radiation, as do things like WiFi routers and cell towers, which means our modern-day children are essentially saturated in this invisible toxin. It has become critical that we all pay attention to this issue!

Read More About Children and Wifi >>

"Within 12 hours the sensitivity and vertigo I experienced since teenage years literally disappeared..."

"I now sleep much sounder, the brain fog is almost gone completely, and zero headaches, no colds, etc. Your products do work, and I can feel them work every day."

"Thank you for creating products that give people their life back. This won't be the last of me as your customer."

EarthCalm technology has proven to be profoundly effective. Check out what our CUSTOMERS have to say! 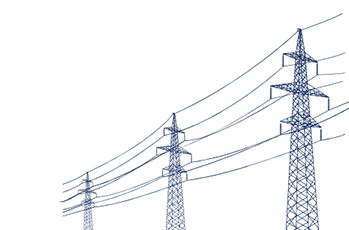 Electrosensitivity: Epidemic on the rise 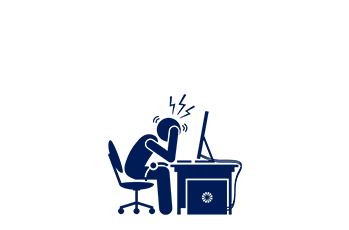 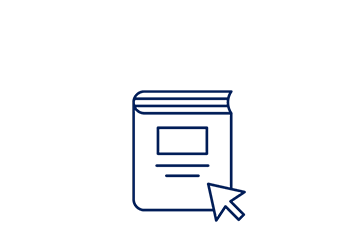 why is emf protection important?

Dr. Martin Pall, a renowned professor of biochemistry and medical sciences, recently issued the following list of known EMF health hazards in a letter he wrote to the governor of California. The list is based on reputable and current science, and the studies that support this list are the reason why we work hard to offer effective EMF protection. It's also why we promote education and reduction alongside our protection products. 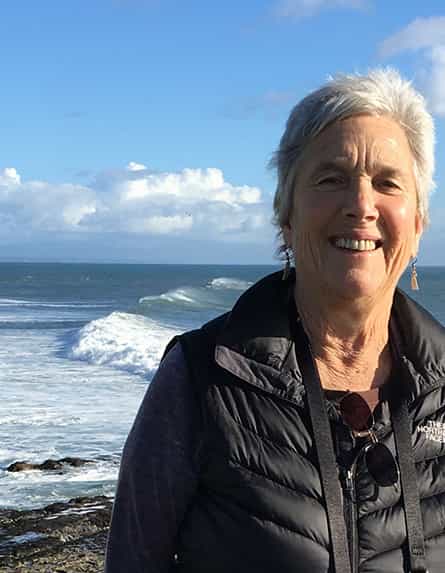 Jeanne Gallick is the pioneer of EarthCalm. She has spent the past 40 years researching electromagnetism and developing EarthCalm's EMF protection technology, with profound results. What began as an effort to find relief from her personal battle with electrosensitivity, developed into a critical movement towards electromagnetic health for everyone in today's world.

I agree to allow EarthCalm, Inc. to store and process my personal data as described in the Privacy Policy New Window