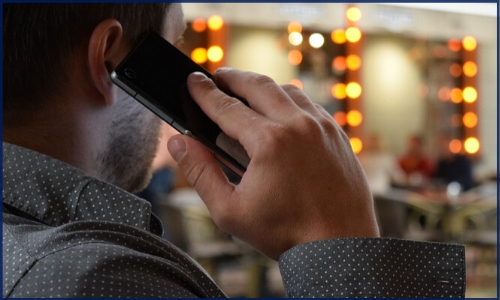 Italian Supreme Court makes a Ruling
Italy’s Supreme Court has ruled that a man’s brain tumor is linked to his heavy cell phone use. In a ground-breaking decision made on October 12, 2012, the Labor Law section of Italy’s High Court ruled in favor of Innocente Marcolini, a former commerce manager in Brescia.
Marcolini claimed that as a part of his job, he had used a cell phone for 5-6 hours a day for 12 years while talking to business clients. As a result of his cell phone radiation exposure, he developed a tumor in the trigeminal nerve on the left side of his head, very close to where his phone came into contact with his head.
The tumor required surgery, which left his face partially paralyzed and left him handling intense pain. For this, he attempted to collect benefits from the Italian Workers’ Compensation Authority (INAIL). He was told that there was no proof that his work habits had caused the tumor.
Causal Link between Cell Phone Radiation and Tumor
Marcolini then took the matter to court, where it was ruled that there was a causal link between the use of mobile and cordless phones and tumors.
INAIL had evidently relied on the 2010 Interphone Study (sometimes called the $30 million fiasco) to make its decision. According to a number of authorities, this study was seriously flawed and had also been partially funded by the telecom industry.
The Italian Supreme Court, in contrast, made its assessment based on a number of other studies it felt were more “reliable,” including those conducted by a group led by cancer specialist, Prof. Lennart Hardel of University Hospital in Oregro, Sweden.
These studies had concluded that the use of mobile phones for more than ten years leads to increased risk for acoustic neuroma and glioma. There were more cases involved in these studies than in the Interphone Study, and they involved long-term use, which the latter did not.
In addition, the court said the research was independent and, "unlike some others, was not co-financed by the same companies that produce mobile telephones.”
Just 50 Minutes on a Cell Phone Alters Your Brain
One leading brain imaging researcher, Nora D. Volkow, MD of the National Institute of Health, says that after only 50 minutes of cell phone radiation exposure, the emitted radiation increases brain cell activity in the region closest to the cell phone antenna.
Although the health effects of this increased brain activity aren’t yet known, the study did effectively debunk the myth in US government research circles that cell phone radiation at non-thermal levels is incapable of causing biological change.
Specific Absorption Rate
Currently, the safety guidelines for all microwave radiation emitting devices are based on the Specific Absorption Rate (SAR value). SAR is the measurement of energy emitted by a cell phone and its potential for heating tissues. Unfortunately, this is only a gauge of the thermal impact on the body.
As Vokow’s study found (along with others), it is very likely that the non-thermal effects of chronic cell phone exposure are even more biologically damaging.
Brain Tumors take Years to Appear
The important thing to understand is that damage from cell phone usage can take many years to surface. Just as with smoking and lung cancer, there are rarely any initial symptoms early on.
Experts are projecting ahead on this issue and predict that there will, at some point, be an epidemic of brain cancer due to cell phone radiation exposure. One analysis, written by researchers Örjan Hallberg in Sweden and L. Lloyd Morgan in the US, predicts this will happen within 15 years from now. They base this projection on studies showing the hazardous effects of cell phone radiation on DNA mutations and the decreased efficiency of the body to repair mutated DNA.
According to their findings:
“DNA brain cell damage has an average latency time of over 30 years before increased brain cancer rates would be expected. Mobile phone use may lead to a reduced DNA repair function resulting in about a 2-fold increase in brain cancer incidence; or with an increasing rate of initial DNA brain damage from mobile phone use, a 25-fold increase in brain cancer incidence may result.”
L. Lloyd Morgan further states:
“What this analysis shows is that unless mobile phone usage behavior patterns significantly change, we can reasonably expect a pandemic of brain tumors, for which we are ill-prepared, beginning approximately 15 years from now.”
Sources:
Cell Phone Radiation Changes Brain Metabolism Microwave News (2011) VIEW
The Potential Impact of Mobile Phone Use on Trends in Brain and CNS Tumors Örjan, Morgan (2011) VIEW
Previous Post
Next Post