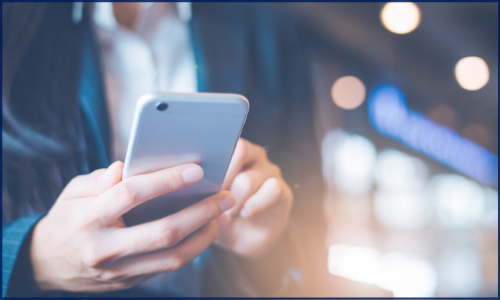 If you’re old enough, you may remember how both tobacco and asbestos were once considered safe. Scientists (and the media) eventually came around to admitting the dangers of these two substances, but it was long after many people had already suffered from them.
Tobacco
People often assume that no one knew about the dangers of tobacco until the 1950s. But there are studies indicating harmful effects that go back to the 1930s.  Even when the US Surgeon General finally came out with the warning that smoking tobacco could cause cancer, the warning didn't have much of an effect on most people. It took decades of people dying from lung cancer for people to really take notice.
Asbestos
The story of asbestos is much the same. There were actually reports back in the late 1800s of numerous women, who had worked in factories with asbestos, dying of lung cancer. For decades afterwards, there continued to be widespread use of asbestos in many building materials. It again took decades before the government took notice and decided to do something about it.
Cell Phone Radiation
Are we going to have to learn the same thing all over again with cell phone radiation?
Although some people continue to claim that there’s no “proof” yet of the harm of radiation—i.e., no consensus on the matter among scientists—there are now hundreds of studies that show that cell phone radiation is harmful. Warnings from scientists go back as far as the 1990s and continue to amass. Just because not all scientists agree, does this mean that precautions should not be taken? (Visit our EMF Studies page HERE!)
Dr. Devra Davis
Dr. Devra Davis is a scientist who is particularly concerned. Author of Disconnect: The Truth About Cell Phone Radiation and founding director at the US National Academy of Scientists, she is on the board that reviewed studies and data on such topics as “Is passive smoke harmful for you?” and “Is asbestos in the environment a bad thing?” In 2004, just as cell phone technology was taking off, she decided to tackle the cell phone radiation safety question. What’s interesting is that, at the time, she herself sincerely believed cell phone radiation was safe. She owned three cell phones. All the expert scientists she had convened from all over the world to study environmental hazards also owned and used cell phones. Being in the know due to the business they were in, all of them assumed that if there were really a problem, they’d probably know about it. But since some controversy was arising, they decided to do a study. Dr. Davis said she was shocked, once they began studying the research that had been done thus far. (And remember, this was in 2004—before the revolution really took off and people all over the world began using cell phones for hours and hours a day.)
Proof of Harm
Her book, Disconnect, published in 2010, was the result of the research done by the group of expert scientists she had gathered. Today, she continues to do research and speak on the dangers of cell phone radiation. She’s concerned that imperative action must be taken now:
"If we wait for proof of harm – and that proof is brain cancer... What we know about brain cancer is this: it can take 40 years to develop. We know that from when the bombs fell toward the end of World War II – there was no increase in brain cancer at all until 40 years after. And we know that there is an increase in brain cancer from ionizing radiation associated with that bomb.
"If brain cancers have 40-year latency in a population, and we wait for evidence as we did with tobacco and asbestos and population increases of cancer, we will be in huge trouble.”
Dr. Davis in not alone. Many, many scientists and medical academies and associations world-wide who have done independent studies on cell phone radiation are equally as concerned.
Previous Post
Next Post