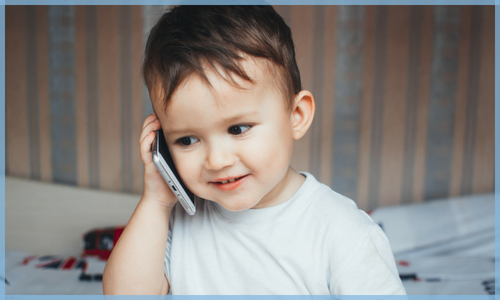 Children and Cell Phones
Are your children using cell phones on a daily basis? Health risks of cell phone radiation may be serious enough to give you pause. How wonderful that you can be in contact with your kids almost anywhere, but at what cost to their health?
Cell Phone Radiation Danger
Cell phones emit hazardous radiation, which directly enters the head and brain. Children absorb this radiation even more deeply than adults do, because their skulls are thinner and smaller. Also, their brains are more conducive due to a higher water and ion concentration.
Several children’s diseases have skyrocketed in this last decade, corresponding with the explosion of the wireless revolution. This has generated a number of research studies that have concluded that there is a correlation between cell phone radiation and these diseases.
Brain Tumors
Brain cancer has now surpassed leukemia as the number one type of cancer that's killing children. Scientists now believe this is linked to cell phone usage.
Autism
Autism in the US currently occurs in 1 in 68 children! This is hard to take in. Researcher, Tamara Mariea, has done many years of research on this issue and points to cell phone radiation as one of the potential major causes of the dramatic increase in autism.
Behavioral Problems
Many studies are showing a link between cell phone use and hyperactivity. An interesting survey, which included 13,000 children, found that those whose mothers used cell phones during pregnancy were more likely to have behavioral problems like ADHD, and trouble controlling emotions.
These are serious statistics, and yet we feel feel safer knowing we can get a hold of our kids at a moment's notice if they carry a cell phone. What is the solution here?
EMF protection for their cell phone is a great place to start. Attaching a Quantum Cell to your children's electronic devices can help ease your worries about  cell phone radiation; knowing you’ve done what you can to protect them from the health risks of mobile phones is priceless.
References:
1. J Epidemiology Community Heath. Published online December 7, 2010
2. Epidemiology. July 2008, 19(4):523-529
3. Reuters. July 29, 2008
Previous Post
Next Post