Children With Behavioral Problems: Are EMFs to Blame? 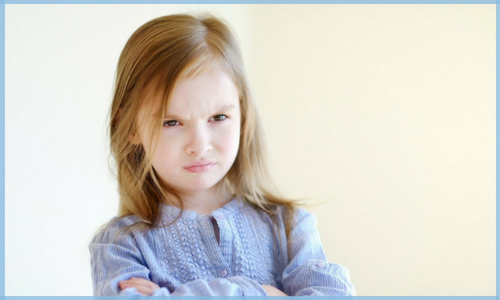 On The Rise
Behavioral problems in children has been the subject of a number of recent scientific studies. Cell phone radiation has emerged as one important possible cause. Childhood ADHD and other behavioral issues have risen dramatically in the last decade, right alongside the spike in electromagnetic radiation exposure from things like cell phones and WiFi. This has caused researchers to study a possible correlation.
Studies on Children with Behavioral Problems and Cell Phone Radiation
In 2008, a study by Hozefa Divan, et al. in Denmark included a group of 13,000 children. When the children reached age seven, the mothers answered questionnaires about their own cell phone use (both while pregnant and afterward) and that of their child, along with information about their child’s health and behavior.
The study found that children with both prenatal and postnatal cell phone radiation exposure displayed the most behavioral problems. In fact, they were 80% more likely to have emotional problems, conduct problems, hyperactivity, or problems with peers than those in the control group. Those exposed only prenatally had more problems than those exposed only postnatally.
In December 2010, a new study on the same subject was conducted by Liika Kheifits, Ph.D. at UCLA. This study included 100,000 pregnant women. Again, the mothers provided information on their lifestyles, including cell phone use during and after pregnancy, their child’s cell phone use, and behavioral issues in their children.
This time, researchers were more stringent, adjusting more potentially confounding factors, including the sex of the child, mother’s age at birth, mother’s and father’s history of psychiatric, cognitive or behavioral problems parents had as children, socio-occupational status, gestational age, mother’s prenatal stress, and whether the child was breastfed.
Although the findings were somewhat weaker - 50%, rather than 80%, of the children with cell phone radiation exposure had serious behavioral problems - Dr. Kheifits stated that the new study “broadly confirms” the findings of the earlier study. Indeed, 50% increase in behavioral problems is drastic.
Children’s Health and EMFs
The results of the studies did not surprise well-known physician, Dr. Joseph Mercola, who has written extensively about the hazards of EMFs on children, especially the microwave radiation from cell phones. In an article in 2009, he stated that cell phone radiation brings a unique hazard to the developing fetus.
“Studies have shown that EMFs can affect glands, muscles, liver enzymes, hormone glands, heart and bone marrow. It can actually alter the DNA structure.”
He continues to state that radiation can affect genes in the mitochondria of cells. If this gene sequence is altered in a pregnant woman, she can pass her damaged mitochondria onto her child. This can cause a mitochondrial disorder, which can include muscular atrophy and severe developmental problems. It could even cause autism.
Numerous other studies have confirmed the hazards of cell phone use, finding evidence of increased permeability in the blood-brain barrier, breaks in the DNA and increased speed in cell division. Correlations have been made between cell phone radiation and many diseases and symptoms, including Alzheimer’s, cardiovascular disease, insomnia, anxiety, and depression.
With all this evidence of serious health risks caused by cell phone radiation, is it any surprise that the number of children with behavioral problems is on the rise?
Children are More Vulnerable to Cell Phone Radiation
Many scientists and researchers in the last ten years have pointed out that children are much more vulnerable to cell phone radiation than adults. This is because their nervous systems are still developing. Because children are still growing, they have much smaller and thinner skulls than adults, so their brains are far more susceptible to information-carrying radio waves.
Children’s brains hold more fluid, which allows for greater absorption of radiation. A 5-year-old, according to the Stewart Report of 2005, absorbs the radiation from a cell phone at a rate 60% greater than an adult does.
Because governments continue to maintain that findings from studies on children and cell phone hazards have not been “conclusive”, little action has been taken to protect children from probable cell phone dangers. The French government stands alone in taking action. In 2009, they passed laws to prohibit the advertising of mobile phones to children under 12 years, and to ban the sale of phones to be used by children under 6.
References:
https://www.ncbi.nlm.nih.gov/pubmed/18467962
1. Divan H., Kheifets L., Obel C., Olsen J. Cell phone use and behavioral problems in young children. J Epidemiol Community Health. 2010 Dec 7. [Epub ahead of print] PubMed PMID: 21138897
2. Kheifets L., Repacholi M., Saunders R., van Deventer E. “Sensitivity of Children to EMF”, Pediatrics Vol. 116 No. 2 August 2005, p e303-e313
3. Repacholi M., Saunders R., van Deventer E., Kheifets L. “Is EMF a Potential Environmental Risk for Children?”, Guest Editorial, 2005, 10.1002/bem.20139.
Previous Post
Next Post