EMF Health Debate: How to Avoid the Fear 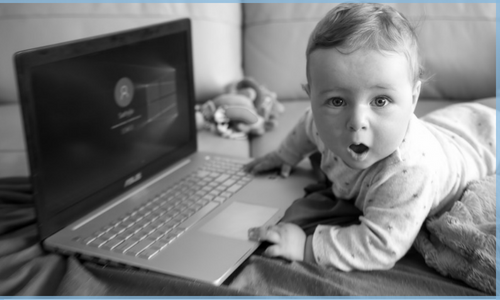 No More Fear Surrounding EMFs
Are EMFs (also known as electromagnetic radiation) dangerous? First-rate scientists can’t seem to agree, and legitimate studies point to opposite findings. While the controversy rages, however, our health is at stake. Luckily, there’s a way to sidestep the debate and solve it for yourself without taking sides at all, and without buying into fear.
First, let’s take a different look.
Behind the EMF research argument is another danger: Fear.  Are our modern conveniences making us sick? Legitimate studies point to opposite findings. It’s always uncomfortable not to have the answer, so we begin to choose sides, close our minds, and short-circuit curiosity. Which side do we choose? And what if we’re wrong?
Fear comes in many forms. It’s like watching a tennis match–the arguments bounce back and forth.
What if the EMF health risks are real? Our modern technologies weren’t tested for health consequences before they rapidly became necessities in our everyday lives. In a little over ten years, there’s been mounting evidence that cell phone radiation can cause cancer, but the mere possibility of EMF involvement in brain cancer, diabetes, headaches, ADHD, or leukemia in our children is chilling.
And if it’s nonsense? We’re also afraid of being gullible. Is this just a ploy to have us buy scam protection products? It seems to be man’s fate to be collectively afraid of the new, mysterious, and unknown. It makes us angry that anyone would play on our fears for profit.
On the other hand, could we be equally fooled by the other side? If man-made electromagnetic fields are the environmental pollution of the century, so many things would have to change. With our modern penchant for litigation, major companies would go bankrupt as cell phone users search for blame for their every illness. Electric car sales would nose-dive. Taxpayers would have to bear the expense of burying power lines and shielding power stations. What would happen to Wi-Fi until new inventions sprung up?
Stop! Side-step the debates.
How do you solve this dilemma? Trust your own body, your innate wisdom, and your power of choice. If you’re concerned about the very real possibility of health risks from electromagnetic radiation, try EMF protection, it can go a long way to keep your body healthy. Protection is what we are devoted to here at EarthCalm, and we have had amazing results! [View Products]
Don’t wait for the scientists to agree. Sidestep the debate and avoid the fear.
Previous Post
Next Post