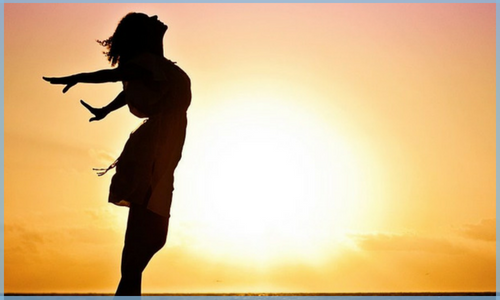 Fibromyalgia Help at Last
Testimonial sent by V. Joseph, Los Angeles, CA
Fibromyalgia help is not easy to find. For five years I searched for it. Living with Fibromyalgia on a daily basis is hard enough, without hearing from so many doctors and health practitioners that there isn’t much you can do about it except treat the symptoms.
I was told, so often, that the causes of Fibromyalgia are unknown. Scientists guess that heredity contributes to some extent. Both physical and psychological stress also probably play a part. Some say that diet is also a factor. This all helps to some degree, but once you have Fibromyalgia, does changing your life to get rid of stress, and making your diet more healthy, do anything much to bring you to a fibromyalgia cure?
In my case, it didn’t. Life became easier when I quit a stressful job, and my digestion got a bit better when I cut wheat and dairy out of my diet, but my other symptoms pretty much remained the same. I then turned to two other things that seemed hopeful at first: the supplement Guaifesin, and the treatment called Brain-Based Neurological Therapy (BBT). Both seemed to work for a while, but in the end, they didn’t really do much except sometimes relieve my joint and muscle pains.
I was about to give up in finding Fibromyalgia help, and just resign myself to living the rest of my life not feeling well. Then one day, my brother came up with an idea that I dismissed at first, because it sounded so out of left field. He said he had become aware recently of the fact that electromagnetic fields (EMFs) from his computer and cell phone really seemed to give him headaches and make him dizzy and nauseous. He told me he thought it might be something that ran in our family.
He reminded me that when we were growing up, our mother had always maintained that if she was too close to our dryer, microwave, or refrigerator for any length of time, she would end up with a headache. He thought maybe we were all “electromagnetic hypersensitive.”
Well, I looked up this strange-sounding disease on the web, and sure enough, there seem to be a lot of people in the world who have it. Now, especially with all the cell phones, cell towers, and Wi-Fi all around, people with this sensitivity are really being affected. Could my fibromyalgia and EMFs be related?
When I thought about it, I realized I could be one of those people. I kept reading online and soon I happened on the EarthCalm site, which I found really helpful. I ended up trying the Home EMF Protection System. Wow—it really works! I noticed a difference right away. I had become so accustomed to living with Fibromyalgia and all my aches and pains, that I was really taken aback. It took a while, but most of my Fibromyalgia symptoms have now disappeared.
I’m still having some nights where I’m not sleeping as well as I’d like, but even that is changing. I am so grateful for EarthCalm. Living with Fibromyalgia is so much easier now. I would recommend EarthCalm products to anyone looking for Fibromyalgia help.
Previous Post
Next Post