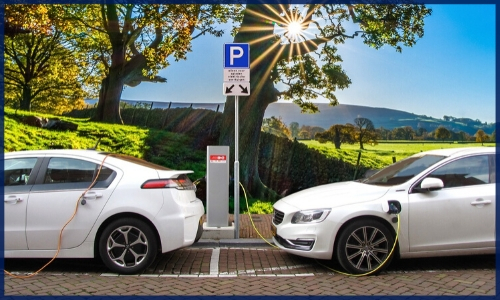 Hybrid car radiation may not be something you even considered when you bought your hybrid. You were probably thinking about lowering the level of carbon monoxide on the planet, and maybe about saving money on gas. Unfortunately, there's now evidence to suggest that hybrids emit a startlingly high amount of electromagnetic radiation that's hazardous to your health.
Car Radiation
Electromagnetic radiation in any car, hybrid or not, can cause such symptoms as:
• Drowsiness
• Headaches
• Anxiety
• Brain fog
• Irritability
• Dizziness
If you're electrosensitive, just the battery in the car, the computers in the dashboard, and all the other electronic instruments that cars include today can cause you symptoms.
If you take other electronic gadgets with you, such as a cell phone, a GPS, or blue tooth technology, you may be having even more difficulty. All these electronic devices up the radiation levels in your car even more. The metal frame of the car keeps the radiation trapped, making it even more harmful.
If you’re a hybrid owner, your car experience may be even more difficult. More and more hybrid owners are reporting health problems and concern about the radiation levels in their vehicles. Hybrids have very powerful motors, which emit extremely high levels of EMF radiation (although there is controversy about exactly how much).
Hybrids are partly powered by a battery, which is usually in the rear. In most, there's a cable carrying high voltage direct current that runs underneath the driver’s seat from the battery pack in the rear to the motor in front.
Studies on Hybrid Radiation
In 2010, Israel’s Ministry of Environmental Protection conducted a nine-month study of car radiation emitted from various hybrid vehicles and found that most emitted a surplus of radiation. Its standard was that 4 mG (milligauss) car radiation was allowable.
A year before, an Israeli Website called Walla! had conducted a study which found that many hybrids released up to 100 mG during acceleration, and from 14-30 mG while driving.
In early 2011, the International Agency for Research on Cancer (IARC) concluded, after a lengthy study, that any extended exposure to radiation higher than 2 mG can possibly cause cancer.
Resource:
Israel Preps World’s First Hybrid Car Radiation Scale Dinsdag (2014) VIEW
Previous Post
Next Post