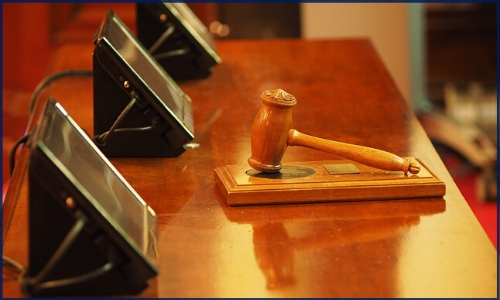 The controversy around cell phone radiation danger has been raging for years now. Experts on both sides of the question continue to voice heated opinions.
The International Commission for Electromagnetic Safety (ICEMS) officially joined the fray by producing a position paper in November of 2012, adding support for the recent ruling by the Italian Supreme Court that cell phone radiation can cause brain tumors.
Italian Supreme Court Ruling
On October 12, 2012, the Italian Court ruled that the National Institute for Workmen’s Compensation (INAIL) must compensate worker Innocente Marcolini, who developed a tumor in his head due to long-term, heavy use of cell phones while on the job.
The ICEMS agreed that this court ruling was based on a consistent body of evidence on the link between cell phone exposure and head tumor onset.
IARC Classification of Cell Phone Radiation
The ICEMS paper states that these studies represent scientific basis for the May 2011 IARC classification (2B) of radiofrequency as a possible carcinogen.
It further explains that to establish a scientific basis for a more severe classification of mobile phone exposure as a probable carcinogen (class 2a), an important background of in vitro and in vivo studies is required, as well as the discovery of biophysical or biochemical mechanisms that could be involved in the induction of tumors.
The Evidence is Already In
ICEMS claims that such a background is already available today, offering a comprehensive list of studies that have shown that cell phone radiation:
• Induces blood-brain barrier permeability
• Diminishes the functionality of immune system
• Induces DNA single- and double-strand breaks
• Produces adverse effects on pregnancy and offspring
• Produces an antagonistic effect on the action of melatonin & tamoxifen
• Alters cell functioning, including producing:
-Micronucleation during cell reproduction
-Abnormal apoptotic and survival signals
-A magnetic field-induction of ion currents, altering chemical links
-Oxidative stress in cells
-Alteration of the calcium-potassium cell pump—a fundamental mechanism of living cells
Industry Funded Studies vs. Independent Studies
The ICEMS paper agrees with the assertion of the Italian Supreme Court that the discrepancies in results found in studies has to do with whether the studies have been funded by the telecom industry or by independent sources. Not surprisingly, independently funded studies show a much higher rate of correlation between cell phone radiation and cancer than those funded by the industry.
Other Official Positions Being Taken
ICEMS is not the first official group to take a position on the dangers of cell phone radiation.
The Israeli parliament recently passed a bill requiring all cell phones sold in Israel to bear a health hazard warning label. All advertisements for cell phones are required to include the warning, as well.
On September 1, 2012, the Indian Government officially set into motion rigorous regulations regarding the dangers of electromagnetic exposure to public health. The government is now regulating radiation emissions from both cell towers and cell phone handsets.
Additionally, US Congressman, Dennis Kucinich proposed legislation called the “Cell Phone Right to Know Act,” which would require that warning labels be placed on cell phones, warning consumers of radiation dangers.
Source:
ICEMS Position Paper on the Cerebral Tumor Court Case ICEMS (2012) VIEW
Previous Post
Next Post