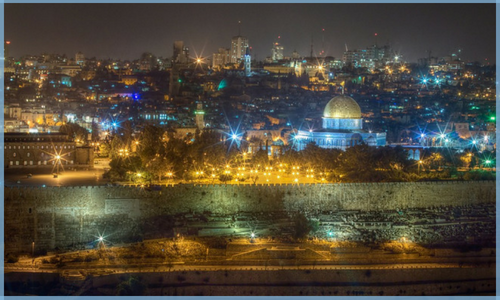 Israeli Bill Addresses Cell Phone Radiation Danger
The Israeli parliament has recently passed a bill addressing cell phone radiation danger—in particular, the danger it poses to children’s health. The bill requires all cell phones sold in Israel to bear a health hazard warning label. All advertisements for cell phones will be required to include the warning, as well.
The warning will read: “Warning—the Health Ministry cautions that heavy use and carrying the device next to the body may increase the risk of cancer, especially among children.”
Children's Health Highlighted
Under the proposed law, all advertising for cell phones that targets minors will be banned as well. Breaking this law will be a criminal offense. Children’s health issues are highlighted due to the fact that children are more susceptible to cell phone radiation danger than adults are:
• Their skulls are thinner, allowing radiation to enter more easily.
• Their heads are smaller, allowing radiation to penetrate further into their brains.
• They have developing nervous systems with a faster rate of cellular division, meaning cell damage can occur at a faster rate.
• Their brain tissues hold more water, through which radiation can travel more quickly.
• Research shows that a correlation has been found between brain cancer and cell phone usage (brain cancer among children has now surpassed leukemia).
Finally, a government that takes the issue of cell phone radiation danger seriously!
Israel is also the first country to create a national institute that will study the potential health effects of cell phones and make recommendations to minimize exposure to microwave radiation.
Cell Phone Radiation & Efforts of Other Countries.
There are other countries that have also taken at least some steps in attempting to protect people from cell phone radiation danger, especially in regard to protecting children’s health.
In France, mobile phones are banned from primary schools and advertising to minors is banned. Also, all cell phones must be supplied with a headset.
In Canada, the Public Health Service has issued guidelines over children’s mobile phone use.
In Russia, the Ministry of Health has issued guidelines stating that youth under 18 should not use cell phones.
In the UK, a nonprofit company called Charity MobileWise is urging the government to adopt similar measures that Israel is taking.
In the US, the Environmental Health Trust (EHT) has been calling for the government to put warning labels on cell phones for the last four years. In 2008, EHT chairman, Dr. Ronald B. Herberman, testified before Congress urging warning labels; in 2010, EHT president, Dr. Devra Davis, did the same. Now with the passage of the Israeli bill, the EHT is again urgently encouraging the creation of such a bill in the US.
San Francisco, a city typically on the forward edge of change, has recently taken matters into its own hands. The city government has passed regulations requiring phone retailers to give customers a leaflet containing safety advice. Unfortunately, the phone industry has mounted a legal challenge to these regulations.
What Will the Future Hold?
Time will tell whether the courts will finally take the risks of cell phone radiation danger seriously and take measures to protect people.
Previous Post
Next Post