Low Sperm Count : Is There a Link between Radiation and Fertility? 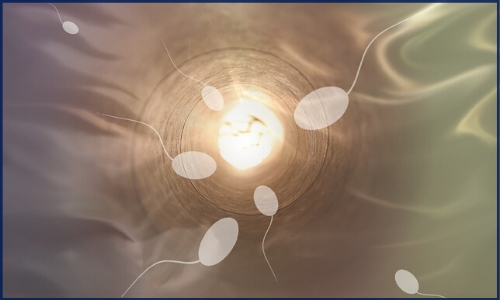 Researchers studying male fertility are discovering a link between low sperm count and cell phone radiation and laptop radiation.
Low Sperm Count on the Rise
Sperm count in males has been steadily dropping for years. It’s estimated that currently, nearly one in six couples in the US have trouble conceiving a baby, and about half of these are due to problems with sperm.
Researchers in the past have focused mainly on medical conditions, such as sperm duct defects, chromosome defects, and hormone imbalances. At some point, they began looking at possible environmental causes, such as tobacco, alcohol, medications (especially steroids and hormones), pesticides, heavy metal exposure, prolonged bicycling, and diet.
Recently, research has begun focusing on radiation from laptops and cell phones as possible causes for low sperm count.
Laptop Radiation and Infertility
In January 2012, a study was published in the medical journal, Fertility and Sterility, focusing on how radiation emitted from laptops impacts sperm health. Dr. Conrado Avendano, heading a team of researchers in Argentina, reported that they took semen samples from 29 healthy, fertile men and measured sperm motility after a four-hour period of exposure to WiFi radiation.
Sperm in the control group were kept at the same temperature, for the same amount of time, but were not exposed to WiFi. Results were as follows:
• WiFi Group: 25% of the sperm stopped swimming.
• Control Group: only 14% stopped.
• WiFi Group: 9% of the sperm showed DNA fragmentation in the genetic code.
• Control Group: only 3% showed these signs.
In conclusion, Avendano stated:
“We speculate that keeping a laptop connected wirelessly to the internet on the lap near the testes may result in decreased male fertility. Our data suggest that the use of a laptop computer wirelessly connected to the internet and positioned near the male reproductive organs may decrease human sperm quality.”
The research team also compared radiation emissions in WiFi laptops to laptops without WiFi connection. Emissions from laptops without WiFi were negligible; those with WiFi were significantly higher.
Previous studies on low sperm count have yielded similar results. They’ve also included studies of a condition known as “scrotal hyperthermia” (elevated testicle temperature). This condition can easily occur if a man sits with a laptop in his lap for hours at a time. Scrotal Hyperthermia has been shown to negatively impact sperm quality and to cause decreased fertility.
Cell Phone Radiation and Infertility
Two other studies conducted on low sperm count have recently come to light, drawing a link between cell phone radiation and infertility in men. One study was conducted at the Queen’s University in Canada; the other at the Medical University of Graz, in Austria.
Both studies had similar results. Men who reported cell phone use had:
• Lower levels of the luteinizing hormone (LH), an important reproductive hormone that is secreted by the pituitary gland in the brain.
• Higher levels of circulating testosterone.
Researchers hypothesize that even though cell phone radiation appears to create higher levels of circulating testosterone, the radiation may also block the conversion of this testosterone to a more active, potent form of testosterone associated with sperm production and fertility.
Cell Phones in Pockets or on Belts
A major health advocacy group, the Environmental Working Group (EWG), has recently released a report on potentially harmful effects of cell phone radiation on sperm. They reviewed the scientific literature to date and reported that ten studies have found significant changes in sperm exposed to cell phone radiation. The report states:
“In the most striking findings, men who carried their phones in a pocket or on the belt were more likely to have lower sperm counts and/or more inactive or less mobile sperm.”
The report highlighted several results from the studies:
• Men who carried a cell phone on a belt and used it intensively during a five-day test period had a 19% drop in highly motile sperm from previous levels.
• Men who carried a phone in a hip pocket or on a belt had 11% fewer mobile sperm than men who kept their phone elsewhere on their body.
• Men who talked on the phone for more than an hour a day had 17% fewer highly motile sperm than men who talked less than 15 minutes a day.
Radiation and Low Sperm Count
Low sperm count and EMF exposure are linked. In looking at all the evidence for sperm damage caused by radiation, Dr. Joel Moskowitz, director of the Center for Family & Community Health in the School of Public Health at the University of California, summarizes:
"We have enough evidence to issue precautionary health warnings. The evidence for sperm damage is quite consistent across many studies."
Protect Yourself from Cell Phone and Laptop Radiation
If you're like most people today, there's no way you can give up your cell phone or your laptop. Keeping all electronics as far away from your body as possible, is key. The next step is EMF protection.
The EarthCalm Quantum Cell is a small, unassuming patch that packs powerful defense from all your electronic devices, including cell phones and laptops. As with every EarthCalm product, it comes with a 90-day, money-back guarantee. If you aren’t 100% satisfied, simply return it for a full refund of the purchase price.
Source:
Ewg's Guide To Safer Cell Phone Use: Cell Phone Radiation Damages Sperm, Studies Find Science Review (2013) VIEW
The Influence of Direct Mobile Phone Radiation on Sperm Quality Gorpinchenko, Nikitin, Banyra, Shulyak (2014) VIEW
Previous Post
Next Post