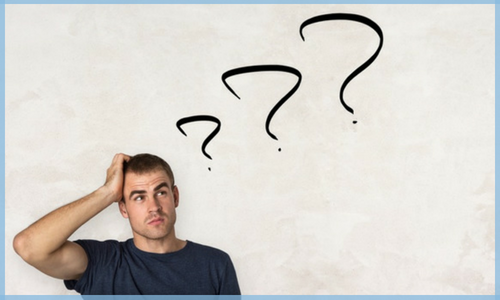 There are so many questions surrounding EMF exposure!
Are Smart Meters safe? Do Cell Phones cause cancer? Can Wi-Fi make you sterile, cause headaches, or fry your brain? What’s true about EMF health?
Cell Phones and Cancer
Can cell phone use cause cancer and other illnesses? There appears to be conclusive evidence for both sides of the safety debate. That does not mean the evidence on each side is equal, or that one study simply cancels out the other. No research should be so readily dismissed.
If you look closely, the research claiming that cell phones are dangerous far outweighs that concluding the opposite. One example is the Bioninitiative Report, which is a comprehensive study on the effects of radiation, conducted by a team of 14 scientists, public health and public policy experts. Their consensus was that the correlation between a number of different illnesses and EMFs is clear and that existing public safety limits are inadequate for both EMF and RF.
Also note the recent decision by the World Health Organization’s IARC, composed of 31 international scientists reviewing hundreds of research studies on the subject. They determined that cell phone radiation is to be classified as a possible carcinogen, putting cell phone radiation in a category with other carcinogens such as lead, chloroform, and gas exhaustion.
Flaws in Cell Phone Studies
Some older studies aren’t as meaningful for today’s situation. For example, one article refers to a lower incidence of brain cancer from 1990-2002, as proof that cell phones couldn’t be causing brain cancer. First, cell phones used back in those days were analog type phones—very different and less dangerous than those used today. And secondly, millions more people in the last decade have used cell phones—often for many hours a day and frequently as their sole phones.
Further, if you look up statistics on the rise of brain cancer in the last decade, both in adults and in children (who are even more vulnerable to radiation), you see that the rise of brain cancers for both groups is astronomical. Numerous studies have linked this cancer with cell phone usage.
Science vs. People’s Experiences
Often times, assertions made (and conclusions drawn) by one author, can be refuted with other scientific evidence. This leaves us in the position of looking at both sides of a scientific controversy, which is both unsatisfying and unproductive.
Putting aside the obvious fact that science eventually contradicts itself repeatedly throughout history, as new “facts” are discovered, why is it that people tend to assume that scientific “facts” outweigh personal experience? Sure, there are people who undoubtedly imagine their symptoms, but it’s ludicrous to believe that everyone who reports ill effects is imagining them until science backs them up. When were we trained out of trusting our own experience, our innate wisdom, and our own bodies?
For example, if thousands of people are protesting that they don’t feel well since the installation of their smart meter, why isn’t this enough to warrant precautionary measures? Should they be badgered into ignoring their body’s data until science irrefutably backs them up?
Electrosensitivity is on the Rise
At EarthCalm, we take people seriously. Whether they think it’s due to their cell phone, Wi-Fi, or smart meter, their experience counts. We’ve observed people becoming more and more electrosensitive. There are massive amounts of EMFs in the environment today and people’s immune systems are overwhelmed. Whether it makes scientific sense that someone “should” feel the effects of radiation or not, these people continue to report adverse health effects with these devices in their lives…and then they report positive results with EMF protection.
Scientific research, of course, is valuable, and it will be important to see if scientists can eventually agree on the subject of EMFs. Since there is currently significant doubt to their safety, we believe that people should not have to risk their health! We offer EMF protection products that have helped people deal with all sorts of EMF exposure for over 30 years.
Previous Post
Next Post