Memory Loss: Is it being caused by EMF exposure? 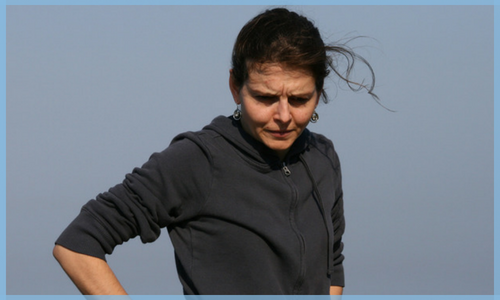 Memory Loss Has Been Linked to EMF Exposure
Since memory loss is one of the hallmarks of Alzheimer’s, many people worry when they or a loved one begins to forget things, thinking it may indicate an onset of the disease. Memory loss has multiple causes, however, including stress (the most common), medications, alcohol or drug use, and trauma. Recent studies have also been showing it can be caused by man-made electromagnetic fields (EMFs), including microwave radiation. Unfortunately, Alzheimer’s has been shown to be correlated with EMFs and microwave radiation as well.
EMF Health Effects: Memory
There is a growing number of studies on the effects that EMFs have on the human brain, one of which is memory loss. In light of this fact, it is interesting that one of the main arguments of parents and teachers, when it comes to installing Wi-Fi in public schools, is that the radiation seems to be affecting children’s memories.
The sharp rise in the use of cell phones, which also emit hazardous microwave radiation, adds to the danger, as do the hundreds of cell towers that now surround most homes in metropolitan areas. Adults too, of course, are being exposed to these same hazards, and are experiencing not only problems with memory, but headaches, dizziness, and fatigue as well.
One possible hypothesis for why our memories are affected by EMFs and microwaves is that they affect our sleep patterns, which in turn affects the strength of our memory, as well as our immunity.
Check out some of the research on the topic of EMFs and memory!
https://www.ncbi.nlm.nih.gov/pubmed/15475717
https://www.ncbi.nlm.nih.gov/pubmed/7677130
https://www.ncbi.nlm.nih.gov/pubmed/8960730
https://www.sciencedirect.com/science/article/pii/S2213879X17300524
https://www.ncbi.nlm.nih.gov/pmc/articles/PMC1519062/pdf/envhper00350-0018a-color.pdf
EMF Exposure and Alzheimer’s
Although memory loss and EMFs have been correlated for some time, recent studies have focused on the link between EMFs and Alzheimer’s in particular.  There is now epidemiological evidence that electromagnetic fields could be an important risk factor in Alzheimer’s disease. This is not surprising when we note that the explosion of the technology revolution in the last ten years corresponds with the rise in the incidence of Alzheimer’s. Learn about an EMF protection solution that can help combat the effects of EMF exposure.
References:
(1)  Occupations with exposure to electromagnetic fields: A possible risk factor for Alzheimer’s Disease, Eugene Sobel, et al.
(2)  Occupational exposure to extremely low frequency electric and magnetic fields and Alzheimer disease: a meta-analysis, Ana M. Garcia, et al.
(3)  Residence Near Power Lines and Mortality from Neurodegenerative Diseases: Longitudinal Study of the Swiss Population, Anke Huus, et al.)
(4)  Environmental Health Perspectives, Jan. 2003
Previous Post
Next Post