What is Microwave Radiation?

Microwave radiation is produced by microwave frequency, which cycles at around 2.45 Ghz, or, essentially, 2 billion cycles per second. Most of our modern-day communication devices, such as Wi-Fi routers, cell phones, cell towers, wireless devices, and anything "Smart", use low-level microwave frequency to transmit information between sources. This means that our communication devices are also producers of microwave radiation.

This form of microwave radiation lies on the electromagnetic spectrum, as “non-ionizing”, and “non-heating”, but the science community has found clear indication that it affects the human body in many different ways.

Is Microwave Radiation Bad for Your Health?
Though some say microwave radiation can’t possibly harm human health, literally thousands of studies world-wide have linked it to a myriad of health hazards. These hazards range from melatonin depletion and cellular DNA damage to very serious diseases such as cancer and Alzheimer's. Scientists have traced the negative impact of microwave radiation to the electromagnetic interaction that occurs within human cells. It has been clearly defined that since human cells function via natural electrical impulses, they become disrupted by the chaotic interference of man-made frequencies. This cellular interference ultimately leads to a breakdown in health, or development of disease.
Visit our STUDIES page! 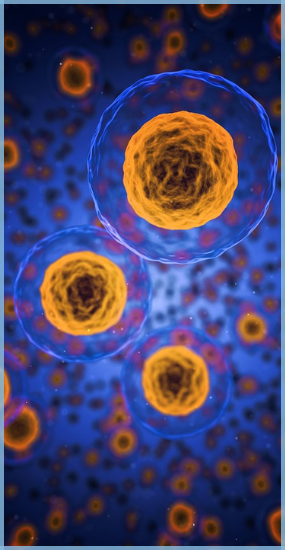 How Does Microwave Radiation Affect Us?
Although we have known for many years that microwave radiation disrupts human cellular function, there have been ongoing questions when it comes to the exact interaction that takes place. Many of these questions have recently been laid to rest, however, when researcher Dr. Martin Pall, Professor Emeritus of Biochemistry and Medical Sciences, was able to demonstrate the exact mechanism by which microwave radiation causes bio-effects and disease. He determined that frequencies, such as microwave radiation, disrupt the calcium channels and calcium ions within cells. A calcium channel is a molecule that permits or prevents the passage of the calcium ion from the outside to the inside of a cell. When the channel permits the calcium ion into the cell, that ion stimulates the cell’s chemistry to perform such tasks as making proteins, releasing hormones, firing neurons, etc. Virtually every cell in the body uses calcium channels to respond to biological signals. Since calcium ions are electrically charged, both the ions and the channels respond to electromagnetic fields, both natural and man-made. Dr. Pall discovered that man-made frequencies have the ability to open calcium channels, which causes calcium ions to flood into the cell. The ions are therefore unregulated in amount and they begin sending signals that are not appropriately timed. This causes an increased intracellular calcium level, as well as confusion in cellular response, which ultimately damages human health in various ways. Dr. Pall noted that these disturbed biological mechanisms can explain the growing number of “unexplained illnesses” such as sudden cardiac death, weakened immune system, and Fibromyalgia. Likewise, his research has defined how microwave radiation can be associated with things like heart problems, damage to the blood-brain barrier, sleeping problems, cancer, depression, and many other psychiatric and neurological disorders.
Dr. Martin Pall Lists the Hazards
Recently, Dr. Martin Pall wrote a very striking letter to the governor of California in an effort to stop a bill that would authorize the rollout of 5G. In it, he gives a wonderfully articulate explanation of how EMFs, and microwaves in particular, are damaging human health and he warns of the need to exercise extreme caution. He also includes this very important list of the known health hazards represented by EMF exposure:
1. Various neurological/neuro-psychiatric effects, including changes in brain structure and function.
2. Changes in various types of psychological responses and changes in behavior.
3. At least eight different endocrine (hormonal) effects.
4. Cardiac effects influencing the electrical control of the heart, including changes in ECGs.
5. Chromosome breaks and other changes in chromosome structure.
6. Histological changes in the testes.
7. Cell death.
8. Lowered male fertility including lowered sperm quality and function, and also lowered female fertility.
9. Oxidative stress.
10. Changes in calcium fluxes and calcium signaling.
11. Cellular DNA damage including single-strand breaks and double-strand breaks in cellular DNA, and 8-OHdG in cellular DNA.
12. Cancer, which is likely to involve these DNA changes but also increased rates of tumor promotion-like events.
13. Therapeutic effects including stimulation of bone growth.
14. Cataract formation (previously thought to be thermal, now known not to be).
15. Breakdown of the blood-brain barrier.
16. Melatonin depletion and sleep disruption.
If you have the time, we highly suggest reading Dr. Pall’s letter to California Governor Jerry Brown. The entire letter is a voice of knowledge and reason!
Read Martin Pall’s letter HERE
The Scientific Significance of Dr. Martin Pall’s Discoveries
Martin Pall has helped us to understand exactly how the human body is affected by man-made EMFs and this new proof has been game-changing in two significant ways:
1. The many claims that electromagnetic exposure has not been proven to damage human health can finally be laid to rest. Now that Dr. Pall’s discovery has been made, specifically targeted questions can now be asked and answered by experimental proof.
2. Future studies, aimed at understanding the mechanisms of EMF exposure, have a more fundamental place to start and can be more clearly defined by concrete science.
What an incredible contribution Martin Pall has made to the world!

I agree to allow EarthCalm, Inc. to store and process my personal data as described in the Privacy Policy