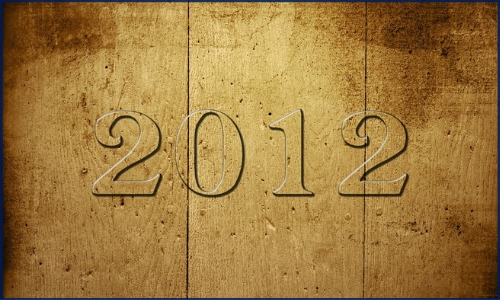 In 2007, a large group of international scientists published a comprehensive report entitled The BioInitiative Report, citing numerous scientific studies that have been conducted showing the health dangers of electromagnetic radiation exposure. In 2012, an updated version of the BioInitiative Report was published. (VIEW HERE)
Consisting of 29 independent scientists and health experts from 10 different countries, the 2012 BioInitiative Working Group assessed over 1800 new scientific studies involving power lines, cell and cordless phones, cell towers, smart meters, WiFi, laptops, routers, baby monitors, and electrical wiring and appliances.
They concluded that evidence for electromagnetic radiation danger has substantially increased since 2007, and that we have far more evidence than necessary to require us to immediately take more precautionary action to protect ourselves and our children.
Of special concern is the fact that the level of daily electromagnetic exposure has become more intensive than ever. There is much greater involuntary exposure now, and it is nearly unavoidable, even for those who choose not to go wireless. Cell phone users, parents-to-be, young children, and pregnant women are at particular risk.
Health Issues Linked to Electromagnetic Exposure
There is more evidence in this updated report that electromagnetic radiation damages DNA, interferes with DNA repair, and creates greater toxicity in the genes. It also cites studies showing pathological leakage of the blood-brain barrier and altered immune function. Effects on memory and sleep disruptions (especially around WiFi and cell towers) are further noted.
There are also a dozen new studies linking cell phones and laptops to sperm damage. Men who carry their phones in a pants pocket (or anywhere on their body), or who sit with laptops on laps, are likely to have sperm with less motility, which affects fertility and reproduction.
Perhaps even more alarming is the evidence of increased incidence of child and adult brain tumor risks, especially glioma (a malignant brain tumor), that is linked to electromagnetic radiation. Also increased is the incidence of acoustic neuroma with the use of mobile & cordless phones. EMF exposure has been further correlated with other cancers, such as child and adult leukemia and breast cancer in both men and women.
The report also cites studies showing a link between electromagnetic radiation and neurological diseases, such as Alzheimer’s & ALS, miscarriage, and a number of cardiovascular effects.
Children and EMFs
The report indicates that EMFs can plausibly increase autism risk and symptoms. Co-author, Martha Herbert, MD, states:
“While we aggressively investigate the links between autism disorders and wireless technologies, we should minimize wireless and EMF exposures for people with autism disorders, children of all ages, people planning a baby, and during pregnancy.”
Studies have further found that wireless devices, such as phones and laptops, used by pregnant women may alter the brain development of the fetus. The correlation between wireless technology and the conditions of hyperactivity, learning difficulties, and behavior problems has been seen in both animal and human studies.
Urgent Precautions
The authors of the new BioInitiative Report believe that with this new evidence, new safety standards are now urgently needed for protection against electromagnetic radiation dangers. One co-author, Lennart Hardell, MD at Orebro University, Sweden, states:
“Epidemiological evidence shows that radiofrequency should be classified as a human carcinogen. The existing FCC/IEE and ICNIRP public safety limits and reference levels are not adequate to protect public health.”
Previous Post
Next Post