Wi-Fi in Schools: Does electromagnetic radiation belong in the classroom? 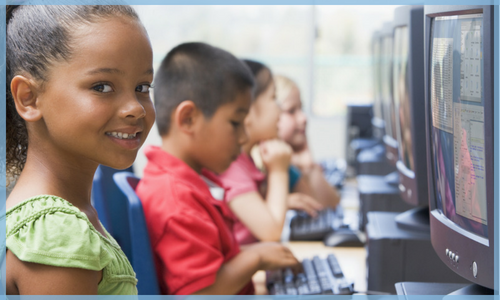 Schools Have Been Introducing Wi-Fi
Wi-Fi in schools is commonplace these days. It’s crept in almost unnoticed. Wi-Fi radiation surrounds our children all day long while they study. Has anyone noticed the rise in children’s health and behavior problems recently?
Wi-Fi Danger
Wi-Fi is invisible, so it’s easy to ignore. Curriculum demanding the use of a computer, or other wireless devices, is happening in classrooms more and more. Wi-Fi and technology are incredible tools, but at what cost to our children?
If you’re like most parents, you probably have Wi-Fi at home and love the convenience of it, so you may not think twice about sending your children to a school that uses it as well. The problem is that Wi-Fi has been shown to be hazardous to children’s health, even more so than for adults. To make matters worse, children, many times, are being exposed 24 hours a day: at home, school, and everywhere in between, compounding the health risk.
Wi-Fi and Childhood Diseases
The number of children suffering from illness and disease has skyrocketed in the last decade, coinciding with the years of the wireless revolution. ADHD, autism, asthma, headaches, depression, and anxiety in children are showing up in doctors’ offices at an alarming rate.
Children are more vulnerable to microwave radiation than the general population. Their skull bones are thinner and softer, which makes it easier for radiation to be absorbed by the brain. Also, a child’s head contains more water and water acts as a conductor to electromagnetic radiation.
Knowing all of this, should schools have tighter regulations on the use of Wi-Fi?
Check out the facts!
Here is a list of science-based resources on this topic. These can be heavy reading, but knowledge is power!
1. Lai, Henry. Biological Effects of Radiofrequency electromagnetic fields. Encyclopedia of Biomaterials and Biomedical Engineering. G.L. Gowlin and G. Wnek: Taylor and Francis Books, 2005. [View]
2. Persson, Salford, Brun. Blood-brain barrier permeability in rats exposed to electromagnetic fields used in wireless communication; Wireless Networks, Vol 3, Issue 6, Dec. 1997; pg 455-461. [View]
3. BioInitiative Report, August 31, 2007. [View]
4. Mariea, Tamara and Carlo, George. Wireless Radiation in the Etiology and Treatment of Autism: Clinical Observations and Mechanisms; Journal of the Australian College of Nutritional and Environmental Medicine, August 2007. [View]
Previous Post
Next Post