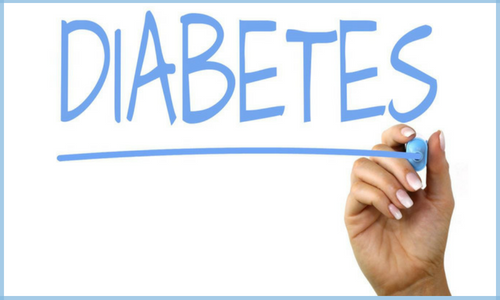 Diabetes and EMF
Until recently, scientists could only point to genetics, poor diet, and lack of exercise as a cause of diabetes, which affects more than 14% of women and 12% of men in the US. Now there is evidence of a correlation between diabetes and exposure to electromagnetic radiation (EMFs). In fact, doctors recently discovered a new class of diabetes, diabetes 3, and it appears that this type of diabetes is specifically linked to EMF exposure.
Environmental Cause of Diabetes
Doctors have long suspected an environmental component to diabetes, but have had no evidence. Magda Havas, PhD, of Trent University, Canada, had the insight that the increasing exposure and ubiquitous nature of electromagnetic pollution in our environment might be contributing to the increasing incidence of the disease.
In 2008, Havas conducted a double-blind, peer-reviewed study which revealed that a surprising number of diabetics experienced spikes in blood sugar when exposed to electropollution from devices like computers, TVs, cordless and cell phones, and even compact fluorescent light bulbs. From this evidence, she was able to name this new type of Diabetes: Diabetes 3 or Type 3 Diabetes. [View]
Treadmill vs. Outdoor Walking
One of Havas's most interesting findings was that electrosensitive diabetics showed blood sugar decreases when they went for walks outdoors, but when walking on a treadmill, they actually experienced an increase in blood sugar.
Treadmills are electric devices that emit a large amount of EMFs. Even the physical exertion of walking on the treadmill did not make up for the blood sugar spiking effect of the EMFs emitted by the treadmills. In other words, despite the exercise,  people with Diabetes 3 experienced significant spikes in blood sugar when walking on the treadmill.
The study also showed that when exposed to EMFs, 40% of the people tested experienced an erratic or rapid heart rate, which is another symptom of diabetes.
Diagnosing Diabetes in an Electromagnetically-Clean Environment
In her report, Dr. Havas emphasized that diagnosis of diabetes needs to be done in an electromagnetically-clean environment to prevent misdiagnosis and to properly assess the severity of the disorder. Most medical centers have multiple electronic devices and use fluorescent lights, which are likely to cause abnormally high blood sugar readings for those with a combination of diabetes and electrosensitivity.
Living in an environment filled with EMFs can be hazardous for anyone, but for someone with Diabetes 3, even sitting near a simple appliance or device plugged into the wall can cause problems.
How Many People have Diabetes 3?
This research makes you wonder how many people with diabetes have Type 3 Diabetes; how many have the disease simply because of EMF exposure, and not due to poor diet or lack of exercise (as so many of them are told). Reducing the EMF exposure in their homes could conceivably reduce their need for insulin.
Much of mainstream medicine is still unaware of this research- or scoffs at the possibility that EMFs could be a cause of diabetes- yet it could help explain the rapid growth in the number of people affected by the disease over the last 20 years.
EarthCalm Products Help Balance
No matter which type of diabetes you may have, protecting yourself from EMFs will assist in keeping your blood sugar normalized. The EarthCalm Infinity Home System is a great place to start. It allows your whole house to be a protected space. EarthCalm technology grounds you into the earth’s electromagnetic field, a field which calms your nervous system and frees your immune system to heal your body.
Previous Post
Next Post