EMF Radiation - A Cause of Autism? 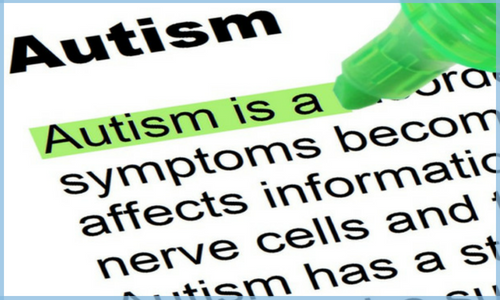 The Autism Epidemic
EMF radiation may be a contributing factor in the spike of autism that we are seeing these days. This disabling neuro-developmental disorder has increased almost 60-fold since the late 1970s and now affects one in 68 US children.
There’s no scientific consensus on the cause of Autism and the subject is highly controversial. While it’s possible to nail down the cause of Autism in certain cases, most are considered idiopathic or “without known cause.”
Research on the Cause of Autism
Research has spread in many different directions. Thankfully, in recent decades, the theory of Leo Kanner, claiming that Autism was caused by bad parenting (specifically by “refrigerator mothers”), has been soundly debunked. Other theories, concerning immune deficiency problems, food allergies, and poor nutrition, offer some evidence of proof. Differences in brain size and modes of operating have also been studied, offering some evidence of worth-while study.
EMF Radiation as a Cause of Autism
Two ground-breaking studies have introduced another possible contributing factor to Autism: EMF radiation.
In 2007, Tamara Mariea and George Carlo conducted a study to assess the role of EMFs from wireless devices in the etiology and treatment of Autism. The findings of this study suggest a significant role of EMFs in both the etiology and the impeded efficacy of therapeutic interventions.
Researchers found that EMFs (specifically from wireless devices) trap heavy metals in cells, causing heavy metal toxicity. This accelerates the onset of autistic symptoms and also impedes therapeutic clearance of the metals. The findings also suggest that EMFs probably work in conjunction with other environmental factors and genetic factors to cause Autism. [View Study]
The second study was conducted by Dietrich Klinghardt, Director of the Klinghardt Academy of Neurobiology in Seattle. Researchers measured the mothers’ body voltage and microwave exposure in their sleeping environment, and also those of their autistic children. The study strongly suggests that electromagnetic radiation in the sleeping area of the mother during pregnancy, as well as that in the sleeping environment of the children, may be contributing factors in Autism. [View Study]
Cell Phone Radiation: A Specific Cause of Autism
Dr. Joseph Mercola, well-known natural health doctor, is “absolutely convinced that the explosion of cell phone usage around the world is one of the primary contributors to the autism epidemic.” He believes that the information-carrying radio waves, from cell phone base stations and cell phones, make children’s exposure to heavy metals much more dangerous than they typically are.
He strongly encourages parents not to allow children to use cell phones and not to use one themselves, if carrying a child. Children’s brains are far more susceptible to cell phone radiation, due to the fact that their skulls are both smaller and thinner than those of adults.
Multiple Causes of Autism
There are likely many different causes of Autism and it’s probable that different factors work in conjunction with each other. One factor that definitely warrants more study is that of EMF radiation and how it works in conjunction with heavy metals toxicity (caused by other environmental and genetic factors) to cause Autism.
Previous Post
Next Post