EMF Radiation: A Cause of Breast Cancer? 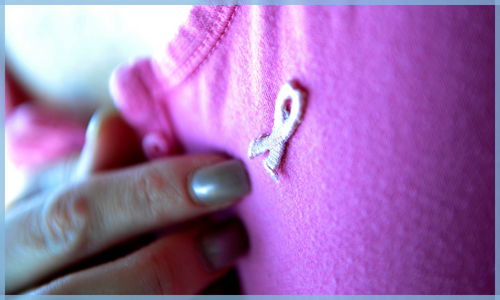 EMF Radiation: A Cause of Breast Cancer?
EMF radiation may be a cause of breast cancer, according to a growing number of studies. There are many possible environmental causes of breast cancer currently considered by scientists, and EMF radiation has been gaining a lot of attention as a possible factor. This comes as no surprise, since we continue to be assaulted daily by an ever-growing cloud of radiation coming from our electricity, appliances, cell phones, Wi-Fi, and cell towers.
Breast Cancer Epidemics
The statistics on breast cancer are alarming; currently, the American Cancer Society states that 1 in 8 women in the US will develop breast cancer over the course of their lifetime. Breast cancer death rates are higher than any other type of cancer for women, except for skin cancer. A surprising number of men also continue to develop breast cancer.
We have seen a slight decrease, in the last decade, of female breast cancer patients, evidently due to the discovery that a popular hormone replacement therapy was making women vulnerable to breast cancer. However, the statistics remain high and very concerning.
Melatonin and Breast Cancer
How is it that EMF radiation is a probable cause of breast cancer? It's a bit complicated: first we have to understand melatonin, a hormone which is secreted by the pineal gland. Melatonin is known to play a major role in cancer prevention and longevity. One of its primary functions is to regulate circadian rhythms in the body, which govern our waking/sleep cycle. Melatonin is also a powerful free radical scavenger, facilitating proper DNA synthesis and also cell division. Perhaps its most important function is how it interacts with breast cancer cells. Studies have found that a low level of melatonin in the body stimulates the growth of certain breast cancer cells. When melatonin is added to these cells, their growth is inhibited. Women with breast cancer have as little as 1/10 the amount of melatonin in their bodies, compared to healthy women. (See studies by Soule 1973, Lippman 1977, Wilson 1992, Cos 1998, and Black 2005.)
In people who don’t sleep regularly at night, the pineal gland doesn’t produce enough melatonin for healthy functioning. For this reason, the International Agency for Research on Cancer (IARC) has officially labeled night shift work as a probable “human carcinogen”. Breast cancer has been shown to be 60% more common among such groups as nurses, night shift workers, and long-haul airline attendants. (See Boston Nurses Study 1997, Scandinavian Airlines Study 2010, and Hansen 2001.)
EMF Radiation Inhibits the Production of Melatonin
Information suggesting a lack of melatonin as a cause of breast cancer has been around for a while. Scientists are now focusing more and more on the question of what causes the lack of melatonin in the body. A number of factors seem to affect the production of this hormone, including sleep patterns, light, exercise, drugs, alcohol, caffeine, and other hormones - especially estrogen.
The role of EMF radiation is of growing interest, as it’s become clear that EMF exposure diminishes the production of melatonin in the body. Studies show that breast cancer cells which have stopped growing, when treated with melatonin, actually resume proliferation when exposed to EMFs.
EMF radiation has the ability to disrupt cell-signaling systems, which determine how the cells respond to their environment. When cells are attacked by EMFs entering the body, they react as they would to any “enemy” threatening them: they harden their outer walls. This, in turn, holds all toxins (including free radicals) inside the cells, and prevents nutrients from entering. If the assault of EMFs is continuous, the cells will eventually die and make the tissue or organ susceptible to the take-over of malignant cancer cells.
Cell phone radiation has been linked to breast cancer. There is growing evidence that the proliferation of cell phones (especially if carried in a purse close to a woman’s breasts) has contributed to the incidence of breast cancer in recent years. Even low levels of EMF exposure, in the range of 50-60 hz (the level of our electricity and appliances) has been shown to block the production of melatonin in the body. For example, if you sleep next to a cordless phone, and/or a digital clock, enough continuous EMF radiation is emitted to seriously suppress your melatonin production. [View Study]
First World Conference on Breast Cancer
As far back as 1997, evidence of the link between breast cancer and EMF radiation was presented at the first World Conference on Breast Cancer in Canada. Data gathered from more than 100 epidemiological studies was presented, demonstrating the link between occupational or residential EMF exposure and various cancers, including breast cancer. Studies showing how EMFs block the tumor-suppressing action of melatonin were also presented.
Protecting Yourself from EMF Radiation
Considering the prevalence of breast cancer in western society and the extensive body of evidence pointing to a correlation with EMF radiation exposure, it’s clear that anyone already suffering from the disease should steer clear of excessive EMF exposure.
Everyone else, especially those in occupations that keep them awake at night, should definitely follow the precautionary principles: Reduce EMF exposure. Take melatonin as a supplement. Strengthen the immune system by ingesting antioxidant nutrients, such as green tea, selenium and Vitamins A,C,&E. One of the most important measures to consider is EMF protection, which is what we specialize in here at EarthCalm. Check out our products HERE.
References:
1. Tumor promotion by exposure to radiofrequency electromagnetic fields below exposure limits for humans. Lerchi, 2015
2. BioInitiative Report, 2012.
3. Magnetic Fields, Melatonin, Tamoxifen, and Human Breast Cancer Cell Growth. Stevens R. G., Wilson B. W., Anderson L.E, Liburdy, 1997.
4. The Melatonin Hypothesis - Breast Cancer and Use of Electric Power. Battelle Press, Columbus,Richland 1997: 669- 700.
5. Environmental magnetic fields inhibit the antiproliferative action of tamoxifen and melatonin in a human breast cancer cell line. Bioelectromagnetics, 18, 555-562.
6. Tamoxifen-induced inhibition of MCF-7 cell growth. Bioelectromagnetics, 22(2), 122-128. Girgert et al, 2005.
Previous Post
Next Post