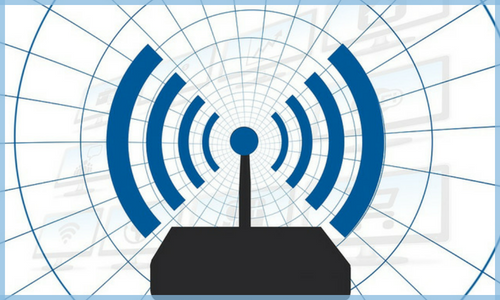 Wi-Fi: An Invisible Danger that is Easy to Ignore
Warnings of Wi-Fi health effects on the human body are easy to dismiss, especially because it would be so hard to give up the convenience of our Wi-Fi capable devices. We can walk around our house with our laptop and not lose connection; there are no messy, inconvenient cords. We can keep up with emails and conduct our work at coffee shops, airports, hotels, even hospitals. Who wants to give up this kind of convenience?
Since Wi-Fi is such a recent development, there hasn’t been time to conduct thorough studies on the long-term effects the radiation from Wi-Fi has on our bodies. However, thousands of studies have been done on the effects of microwave radiation from both cell phones and cell towers - which is very similar to that coming from Wi-Fi - so a lot can be learned from looking at the literature on those subjects.
Here are some of the most common symptoms people report when exposed to microwave radiation from cell phones and towers:
• Chronic headaches
• Memory problems
• Dizziness
• Depression, Anxiety
• Sleep Disturbances
• Tremors
Correlations are also  being made to a wide variety of diseases, such as:
• Autism
• ADHD
• High Blood Pressure
• Diabetes
• Fibromyalgia
VIEW RESEARCH
Effects Happen at the Cellular Level
Our cells respond to radiation as a foreign invader. The membrane around these cells becomes impermeable, which means nutrients can’t get inside and also that toxins and cancer-causing free radicals can’t get out. This damages the mitochondria, which causes the cells to lose their ability to function. The DNA is damaged. The cells eventually die, which damages the tissues, which in turn damages organs. All of this leads to disease and in particular, the formation of tumors. Yikes!
This is a danger that should not be ignored!
Just because there are very few long-term studies around Wi-Fi health effects on the human body, doesn’t mean it isn’t a potentially dangerous carcinogen. Remember tobacco? Remember asbestos?Remember x-rays? Do we want to wait 20 years to find out how dangerous Wi-Fi is to our health? It’s a good idea to look into protecting yourself against Wi-Fi dangers as best you can. View EarthCalm Products
References:
1. Lai, Henry. Biological Effects of Radiofrequency electromagnetic fields. Encyclopedia of Biomaterials and Biomedical Engineering. G.L. Gowlin and G. Wnek: Taylor and Francis Books, 2005.
2. Persson, Salford, Brun. Blood-brain barrier permeability in rats exposed to electromagnetic fields used in wireless communication; Wireless Networks, Vol 3, Issue 6, Dec. 1997; pg 455-461.
3. BioInitiative Report, 2012.
4. Mariea, Tamara and Carlo, George. Wireless Radiation in the Etiology and Treatment of Autism: Clinical Observations and Mechanisms; Journal of the Australian College of Nutritional and Environmental Medicine, August 2007.
5. Havas, Magda. Analysis of Health and Environmental Effects of Proposed San Francisco Earthlink Wi-Fi Network. May 31, 2007.
6. Vasil, Adria. “Wi-Fi’s Electric Shock.” NOW Magazine. 9 – 15 Mar. 2006.
7. Lipton, Bruce, PhD. “The Biology of Belief.” Mountain of Love/Elite Books, Santa Rosa, CA. 2005. P. 83
Previous Post
Next Post