Council of Europe Calls for Reduction in EMF Exposure 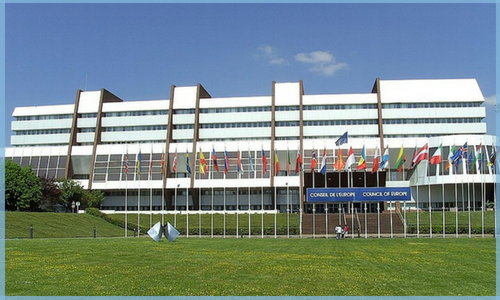 The Council of Europe Makes a Big Move
EMF exposure and children’s health is the focus of a resolution recently drafted by the Council of Europe. The resolution calls for a dramatic reduction in exposure to EMF radiation from cell phones and other wireless devices - especially where children are involved.
The Council of Europe, which represents all 47 Member Countries in Europe, was established in 1949. The international organization promotes co-operation in the areas of legal standards, human rights, cultural cooperation, law and democratic development. Although the Council’s primary powers are to investigate and advise, it does have significant influence with the member governments.
The resolution calls for a ban on cell phones, DECT cordless phones, Wi-Fi or wLAN systems in classrooms and schools. It also requires that all reasonable measures be taken to reduce exposure to electromagnetic radiation, on “as low as reasonably achievable” principles. A major focus is on children and younger people, who have the greatest long-term risk.
The resolution also asks for information campaigns aimed at teachers, parents, and children to alert them to the specific risks of early and prolonged use of Wi-Fi, cell phones, and wireless devices.
With all the research linking children’s health and EMF exposure, it’s about time governments around the world start being more precautionary about this issue. Undoubtedly, the suggestions in the resolution will be met by great opposition not only from the telecom industry, but also governments who now receive large annual tax incomes from wireless devices, especially cell phone use.
But perhaps it’s a start.
Read the Council of Europe's recommendations [Here].
Previous Post
Next Post